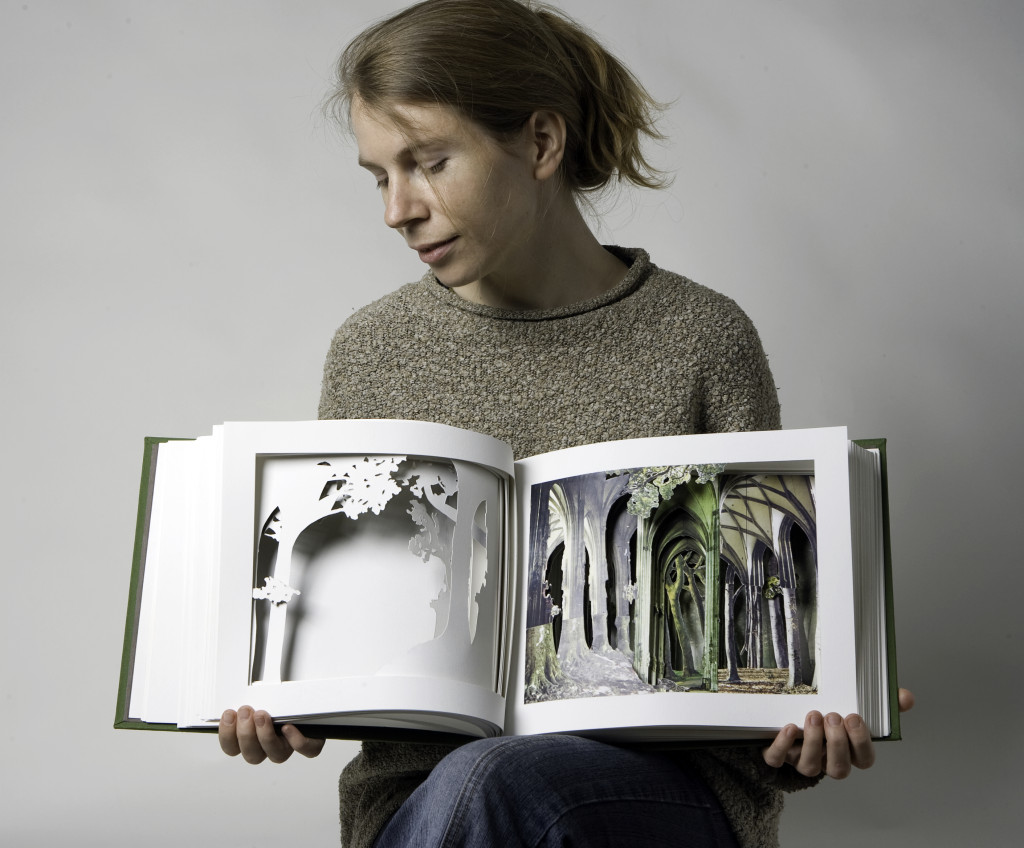 Larissa Cox was born to Dutch / English parents in Bath, England, in 1973, where she grew up in a house full of books. Since 2000 she has been living and working in Vienna, Austria.

Largely self-taught as an artist, her journey in bookbinding began in 1991 through a spell of work experience at Bayntun's Bookbindery, Bath, and has also since taken her to the renowned Centro del bel Libro in Ascona, Switzerland.

In 2001 came the first impulse to combine in a unique manner bookbinding with collage work, and so create intricate, hand-cut, three-dimensional works hidden within the pages of a book - miniature, dreamlike worlds in paper - her collage books. This has been her main artistic focus ever since. In addition, she regularly runs bookbinding workshops in her own studio space in Vienna's 9th district.

Her work has been exhibited in numerous exhibitions of artists' books and paper art. In 2010 she was Winner of the Featured Artist Award at the climate/gallery in New York. In 2012 she was featured as Guest Artist at the inaugural Turn The Page Artists' Book Fair in Norwich, UK. In 2012 her work was showcased in a solo exhibition in Vienna's Central Library, whilst in 2014 she won the Young Artist's Award at the Amateras Annual Paper Art Exhibition in Sofia, Bulgaria.